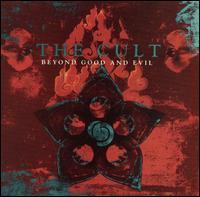 Beyond Good and Evil is the seventh studio album by English rock band The Cult. Released in 2001, it marked their first new recording in six and a half years. The record debuted at #37 on the charts in the United States, #22 in Canada, #25 in Spain. The song "Breathe" was released as a promotional singles but not as an official single.