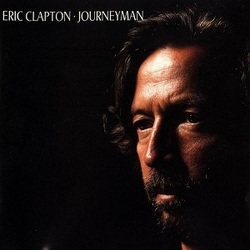 The album was heralded as a return to form for Clapton, who had struggled with alcohol addiction in the mid-1980s and had recently found sobriety. Much of it has an electronic sound, mostly influenced by the 1980s rock scene, but it also includes blues songs. The strongest single commercially from this album was "Bad Love," which earned him the 1990 Best Male Rock Vocal Performance Grammy Awards, and reached the No. 1 position on the Album Rock Chart.